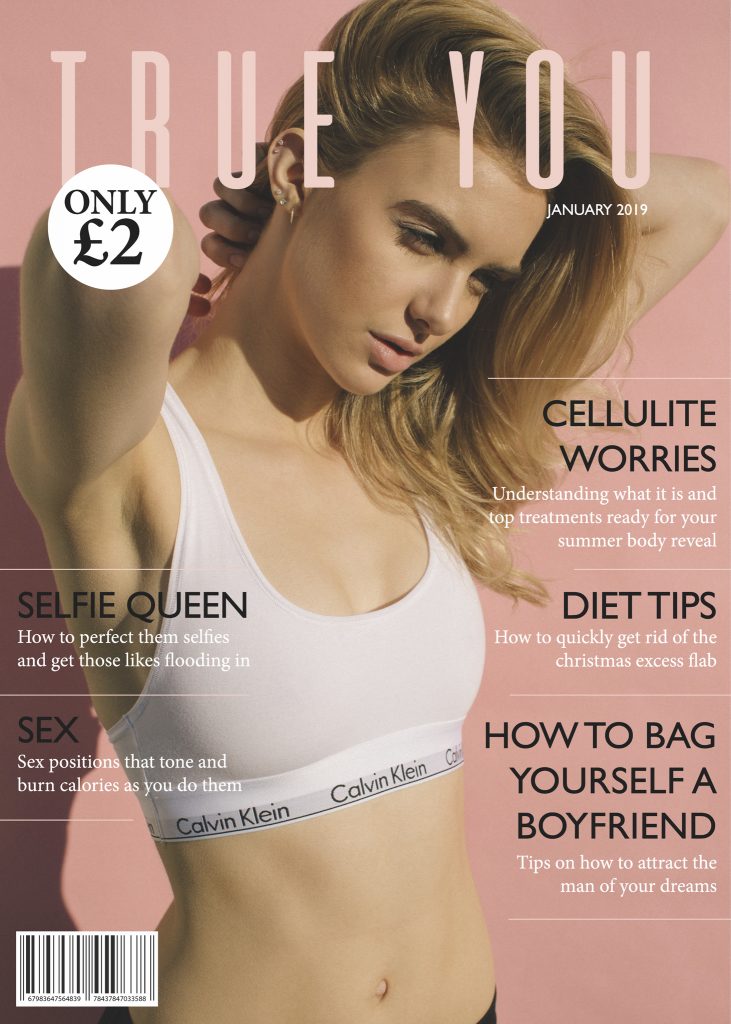 Objectified Women – A major issue within the mass media is the objectification of women.

A major issue within the mass media is the objectification of women. Even in today’s era, when the female voice is at it’s strongest, women are still being exploited. By reducing women down to inescapable stereotypes, presenting them in a sexualized manner or showing them to be victims, women cannot seem to escape from the negative representations. For my project I wanted to focus on this issue and bring to light how women’s magazines, in particular, play on female insecurities within their content.

By creating my own magazine with a satirical tone to highlight these messages that are unknowingly reinforced week after week to women, I created an outcome that exposed the truth. I wanted to make women realise that they do not have to put up with this objectification anymore and creating an outcome that has this playful and shocking tone was a great way to do this.