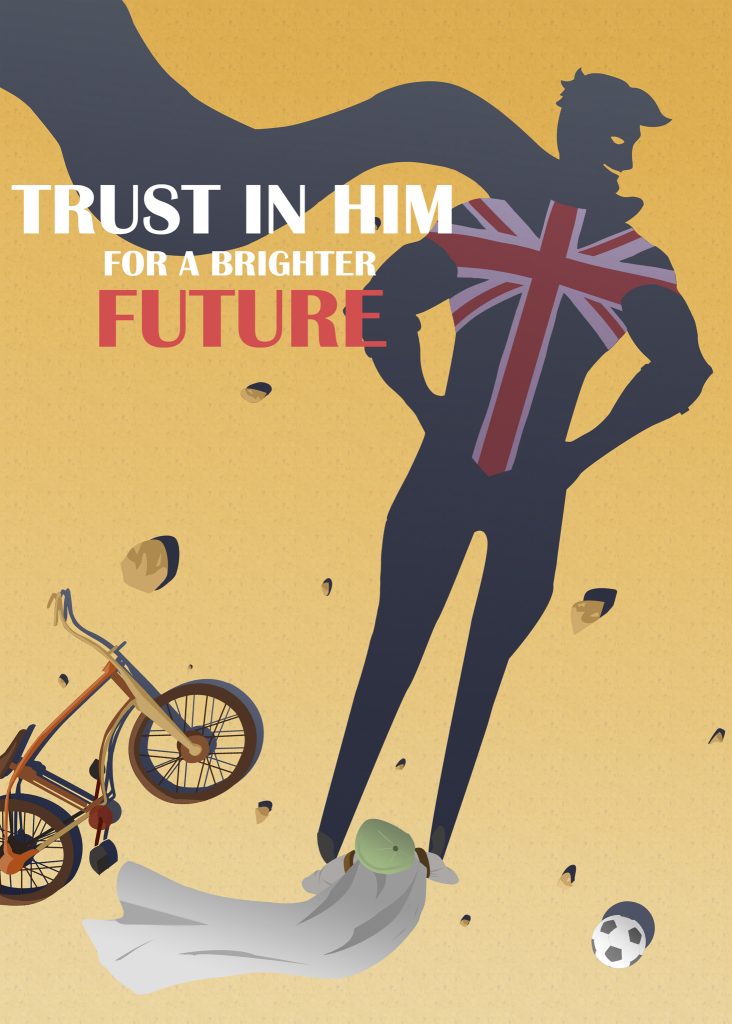 WW2 SUPERHEROES IN POSTERS – It’s my own take on how I would represent a countrys superhero based on stereotypes, color pallets that have been used in older real posters and bold texts

For this project I decided to create something with a different take on reality based on the events of the Second World War. While WW2 was taking place or even before it even started one way for a country to express how they viewed a situation, humiliate the enemy or even motivate the public was through visual representations in the form of posters. At the time posters were one of the most effective ways to get a message across to the people or even the enemy. Finding the subject as an illustrator fascinating as it is I decided to create a series of my own posters having WW2 as the main subject adding superheroes in them. Showcasing how some of the countries that took part in the war would represent their own superhero in their poster. What colors would they use, how would the superhero of each country look like and what would the message of the poster be.