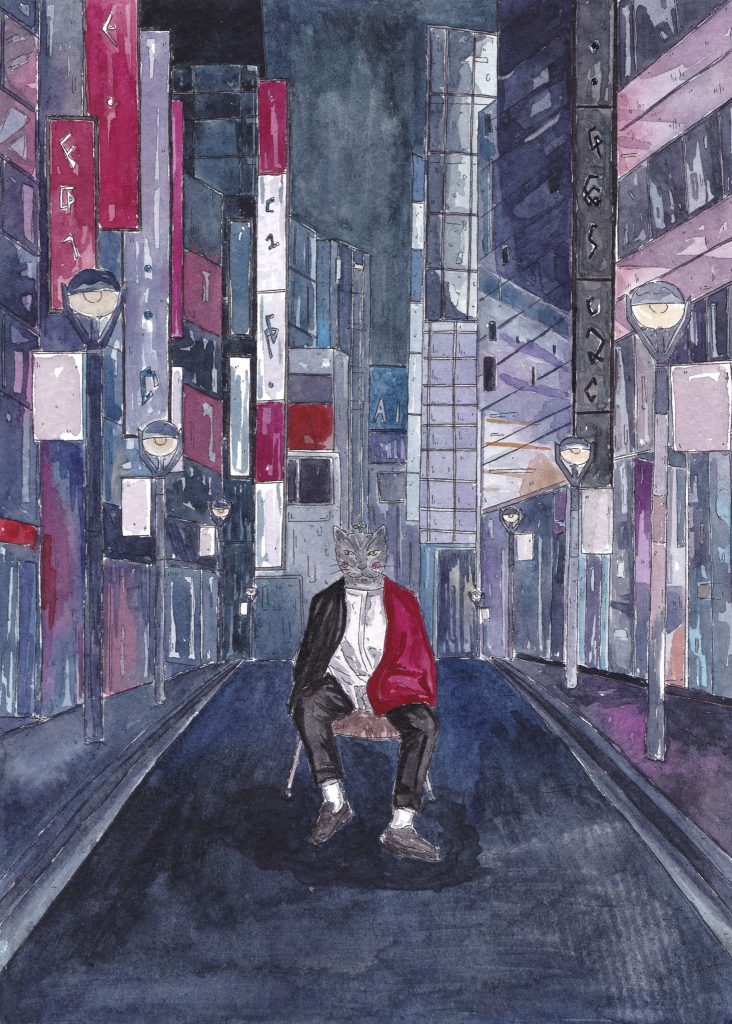 The purpose of ‘Unconventional Mundane’ is to prompt new perspectives within our mundane world, ultimately providing a new way of seeing.

Magical realism celebrates the mundane, affixing ‘the fantastical’ with our everyday reality to present a new and surreal perspective; this not only exhibits a visually interesting image, however can also provoke the viewers imagination, while providing realistic escape.

Five watercolour illustrations: ‘Encounter’, ‘Vain’, ‘Departure’, ‘Await’ and ‘Separation’ complete the collection ‘Unconventional Mundane’. The series focuses on magical realism, presenting a new way of seeing within known, ordinary locations. Different surreal elements can be found in each individual illustration, shifting the meaning of its ordinary landscape which was once familiar.

Imagination is key within this series; there is no explanation or clear narrative. It is up to the viewer to decide the meaning behind each individual location and character, with only the help of titles and compositions.

The purpose of ‘Unconventional Mundane’ is to prompt new, interesting yet uncanny perspectives within our mundane world, ultimately providing a new way of seeing.